The Hall dates from1887 and was first used as a Reading Room for the villagers, ostensibly to keep them out of the public houses. After WW2 it was used as a Social Club but fell into decline from the early part of the second decade of the 21st century.

In 2017 there was a meeting of villagers asking for a body, other than the Social Club, to apply for the lease when it was due for renewal. A Charitable Trust, (CIO), was formed to include four Trustees, Derrick Lloyd, Colin Bailey, Julia West and David McLeod. The Trust formed a plan of action but were unable to secure the lease or begin the restoration of the Village Hall until October 2020, right in the middle of the Pandemic. The Trustees were unable to access Lottery Grants, as our neighbouring Village Halls had, so we had to rely on donations from residents and local businesses.

We continued the renovation with new bespoke windows to replace the decaying existing windows, fixed the roof, rewired and replumbed the whole building and built a new kitchen. We are still renovating and hope, in the future, to build an extension to enhance the adaptability of the Village Hall.

Up to date we have collected over £70,000.00 from donations and have had donations of equipment and fittings from local businesses and a volunteer army of residents have painted and cleaned the building.

The Village Hall is being used, at this moment, by a Pilates/Yoga group and the Parish Council for their meetings and it will be officially opened on the 4th July 2021.

What’s on at the Hall

Past and Future Events

To raise funds for the Old Hunstanton Village Hall while you shop at Amazon, just follow the instructions below… 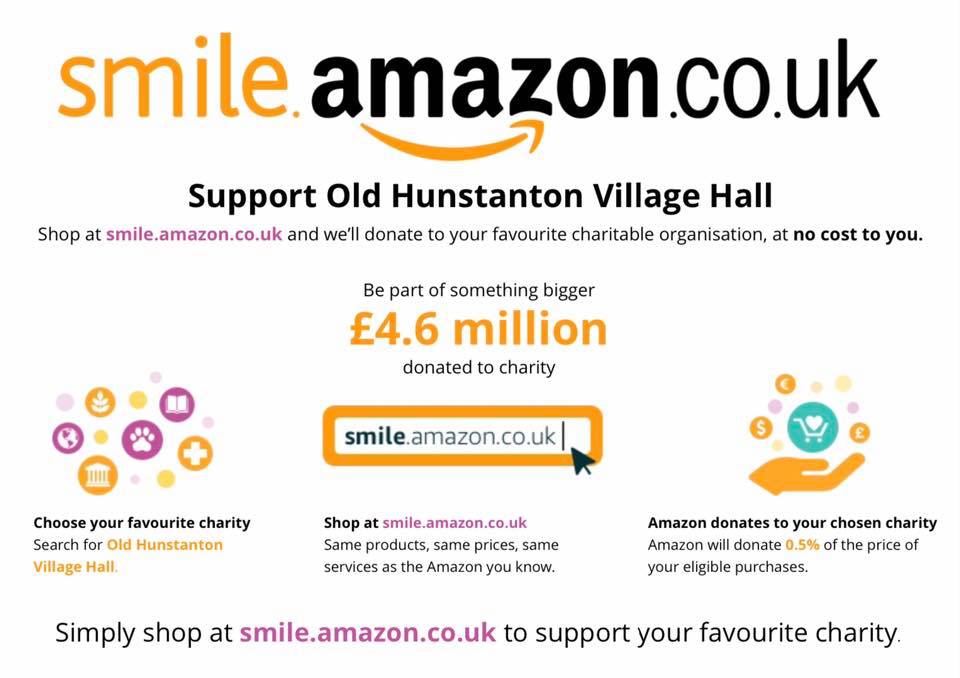