Our mission is to provide outstanding facilities for the benefit of the local community. 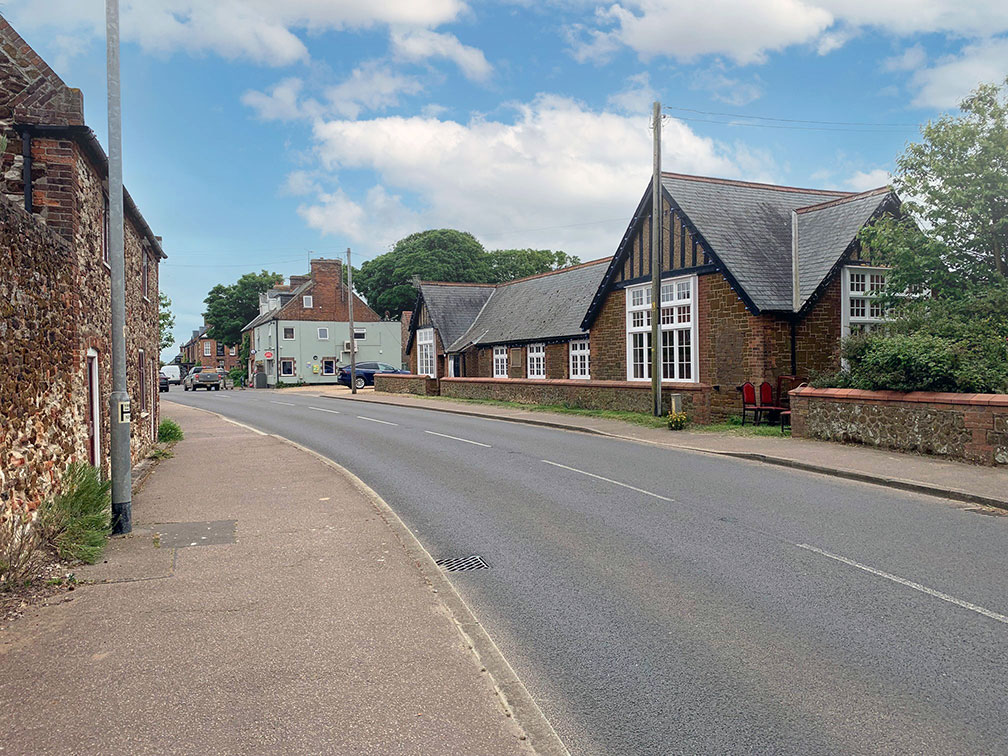 To that end we will complete the renovation of the building and endeavour to secure grants to build an extension to further enhance and improve the amenities and scope of the Hall.

The Old Hunstanton Village Halll has the following facilities :-

THE RENOVATION OF THE MEMORIAL

We had a poignant moment at the Village Hall at Saturday’s Open Day (13/11/21). The repaired and refurbished Memorial, to those who served in WW’s 1 and 2, was unveiled and blessed by the Rector Rachael Dines and replaced in it’s position on the north west corner of the Hall. The repair and refurbishment was carried out by Tim Feast, who has done a magnificent job replacing the decaying timbers and giving it a complete facelift, many thanks to Tim. The Trustees of Old Hunstanton Village Hall will now take over the maintenance of the memorial, to ensure it endures another 100+ years, as a reminder of those who served and gave their lives for our future. 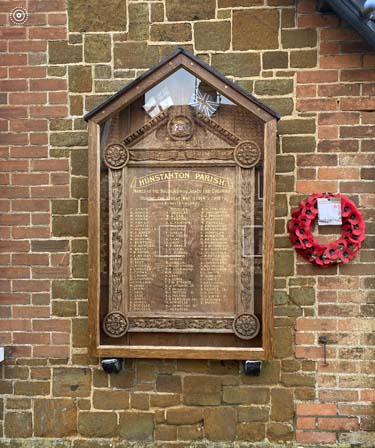 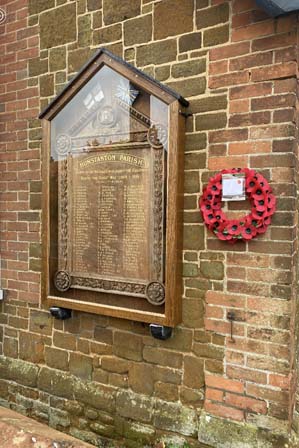 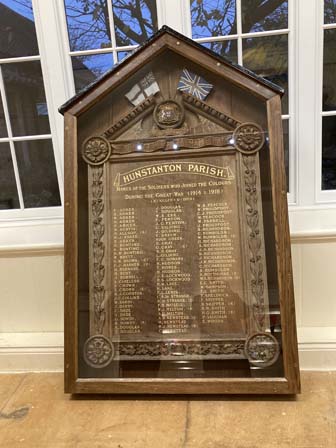 THE RENOVATION OF THE VILLAGE HALL

We began the renovation by clearing the Hall and removing carpets and floor tiles. We built a new kitchen by extending the old bar area, refloored and recarpeted the Lounge/Meeting Room, refloored the Main Hall, painted throughout and totally refurbished the old snooker room upstairs, turning it into an area for Pilates/Yoga. This was done by the Pilates/Yoga team themselves. It has been an uplifting feature of the renovation that the village residents have given their time and money to enable us to achieve so much in such a short time.
The bespoke windows at the front and east side of the building were replaced and the plumbing and electrics were upgraded including, just recently, the replacement of the downstairs boiler.
The renovation is still ongoing but an end to the first phase is within site. 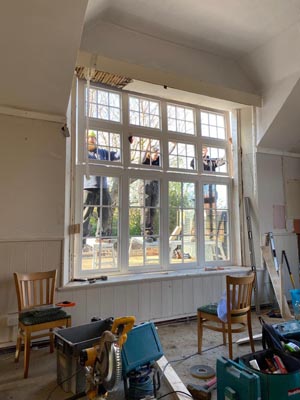 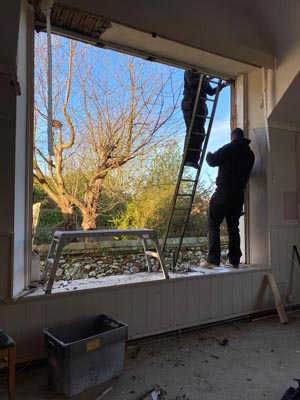 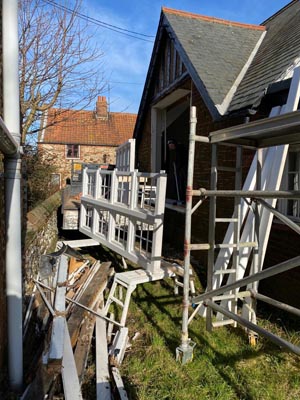 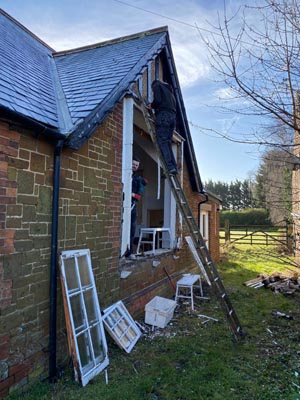 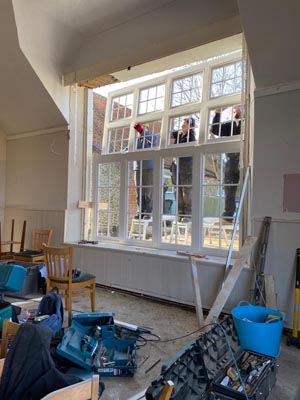 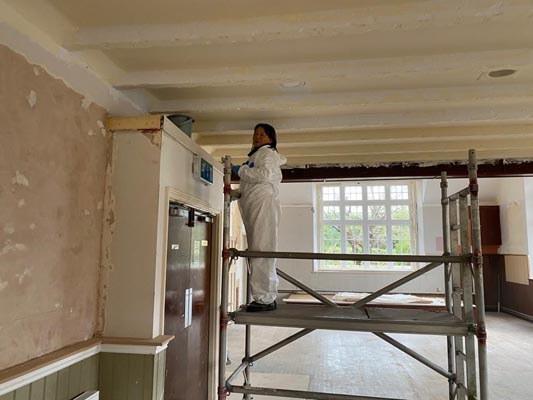 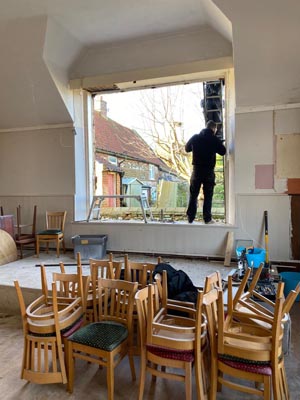 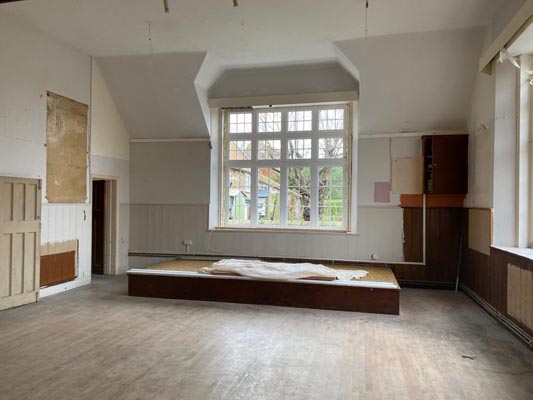 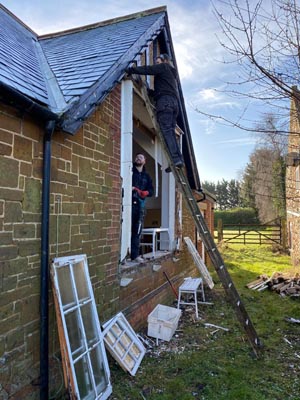 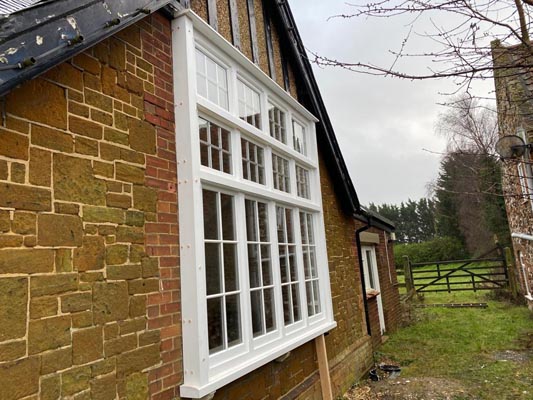 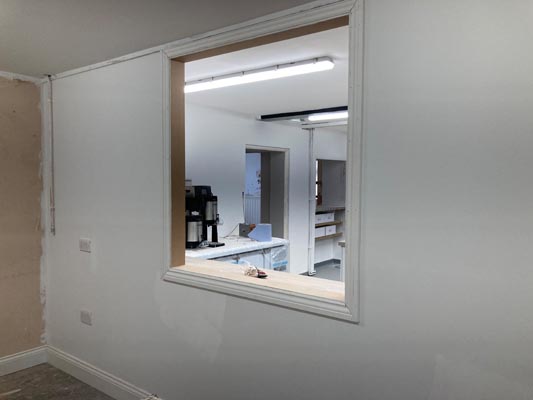 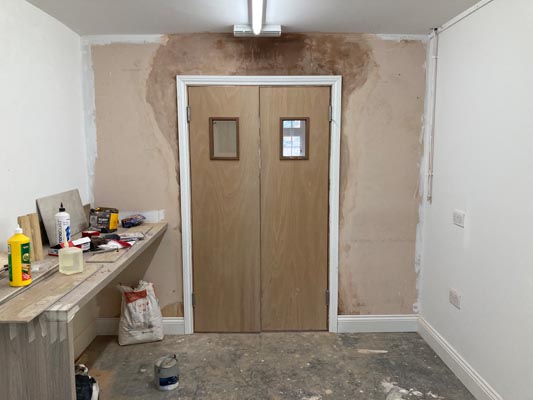 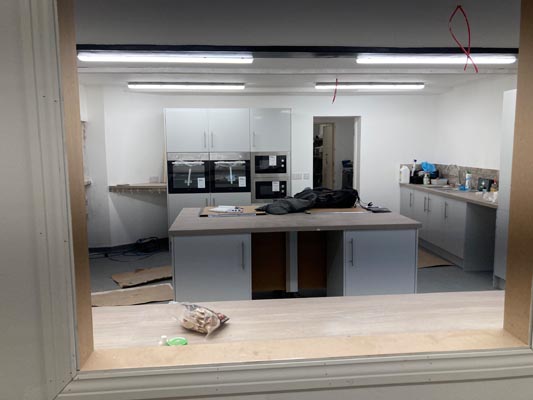 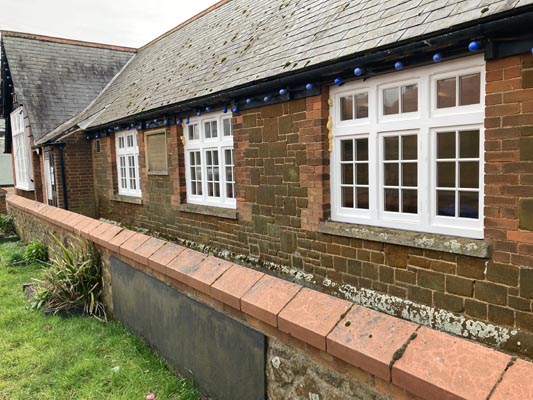 A HISTORY OF OLD HUNSTANTON

The village of Old Hunstanton is recorded in the Domesday Book as ‘Hunestanestada’. Later it became part of the Le Strange family estates, King Edmund of East Anglia supposedly built the village. The River Hun runs to the coast just to the east of Old Hunstanton.

The parish church of St Mary, situated in the grounds of Hunstanton Hall, is a Grade I listed building. It was built by Sir Hamon le Strange in about 1300 and extensively rebuilt and restored during the 19th century by architect Frederick Preedy for Henry Le Strange (1815–1862), developer of New Hunstanton. In the parish, at the deserted medieval village of Barret Ringstead (or Ringstead Parva), is the ruined Chapel of St Andrew which is Grade II*.

St Mary’s churchyard contains the graves of a customs officer William Green and William Webb of the 15th Light Dragoons, both of whom were fatally wounded during a skirmish on the Hunstanton coast with smugglers. The clash occurred on the night of 25 September 1784, also claiming the life of another customs officer named Rennett. However, although the alleged perpetrators were tried at Thetford the following year it proved impossible to secure any convictions. Both gravestones are Grade II listed; one has “Here be the mangled remains of poor William Green an Honest Officer of Government who/in the faithful discharge of his duty/was inhumanely murdered/by a gang of smugglers in this parish.” 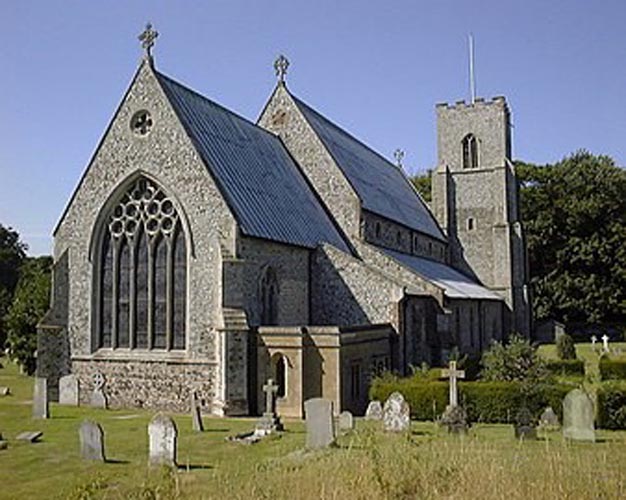 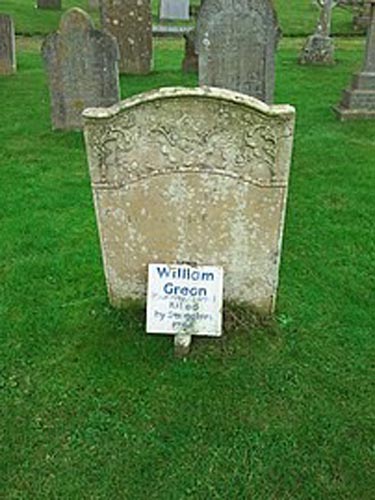 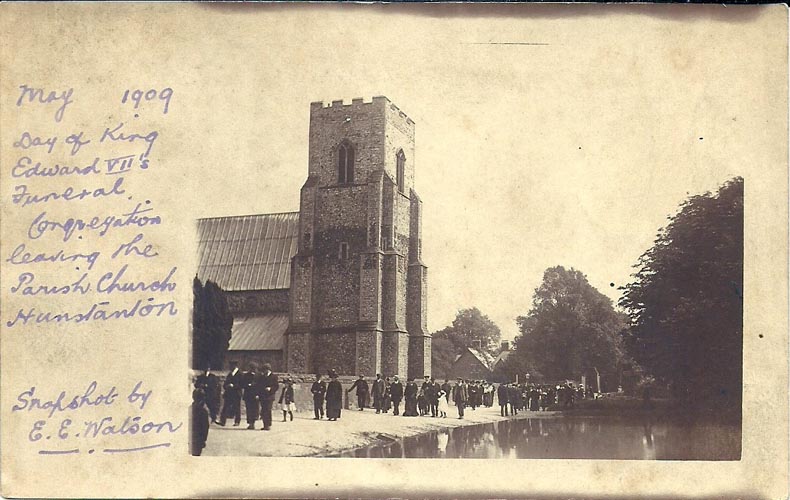 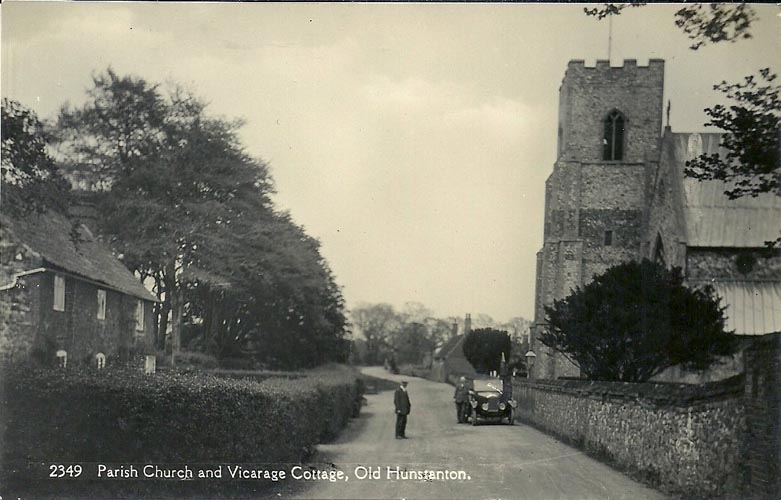 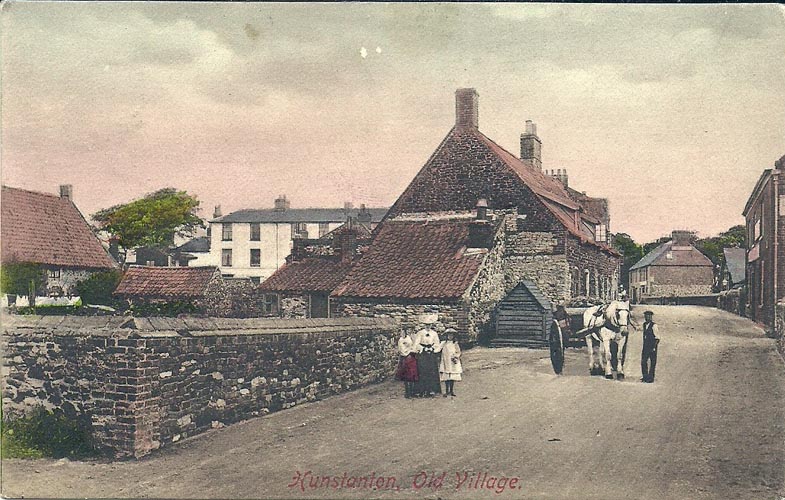 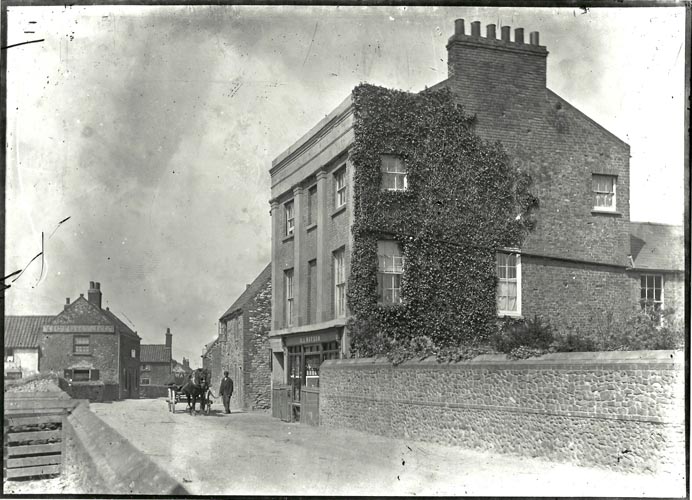 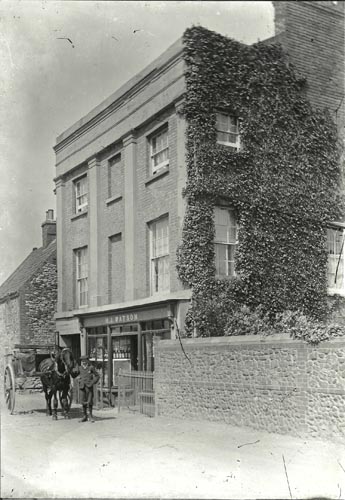 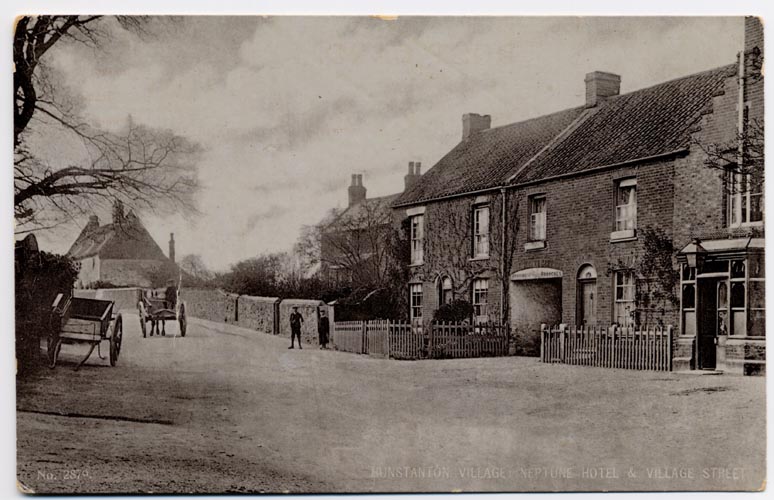 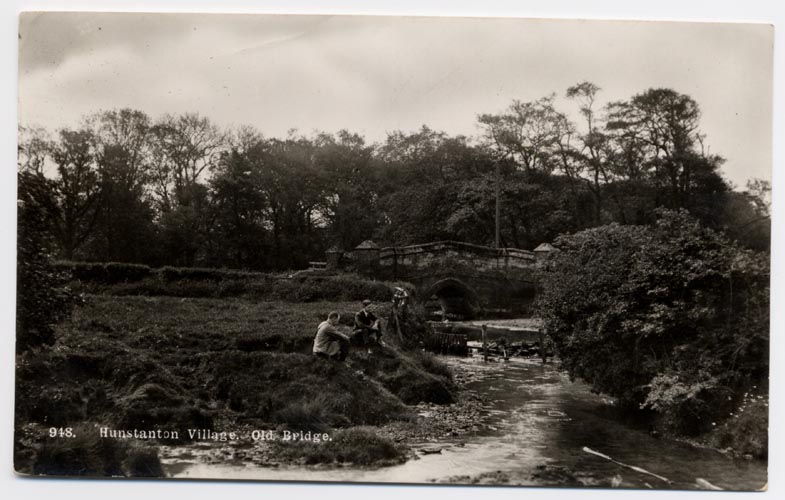 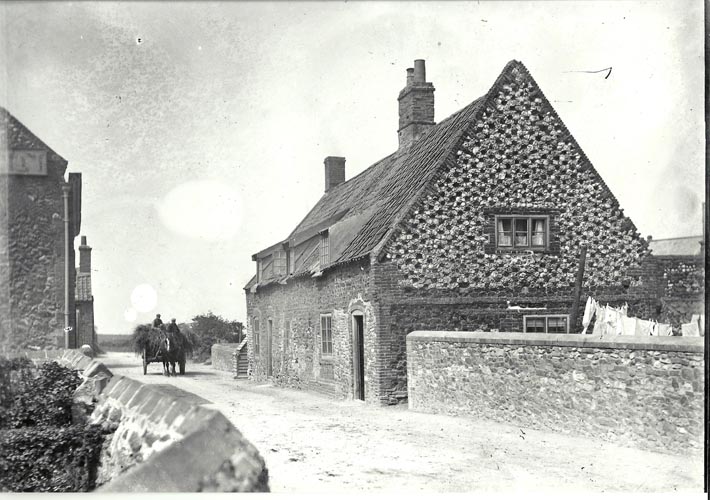 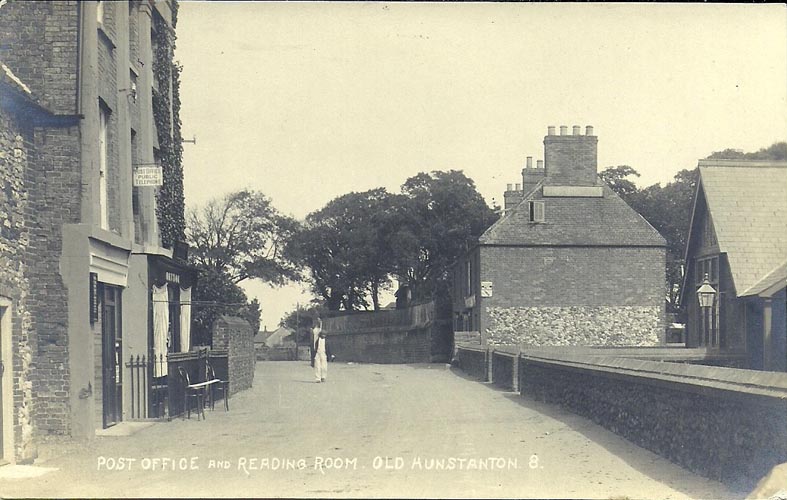 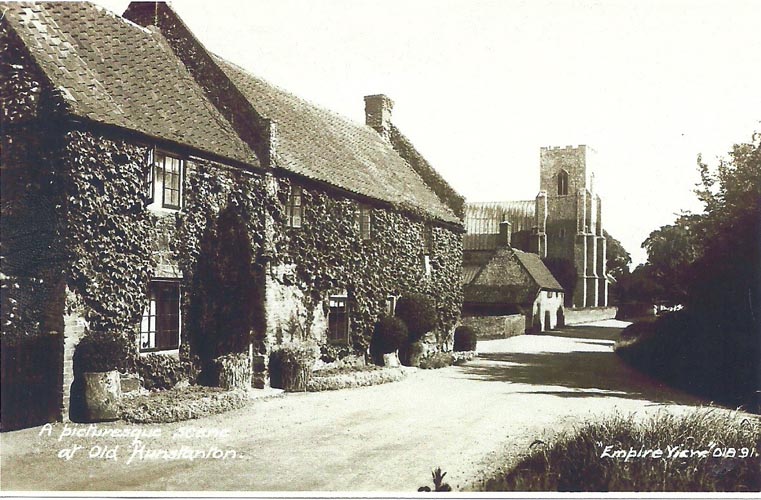